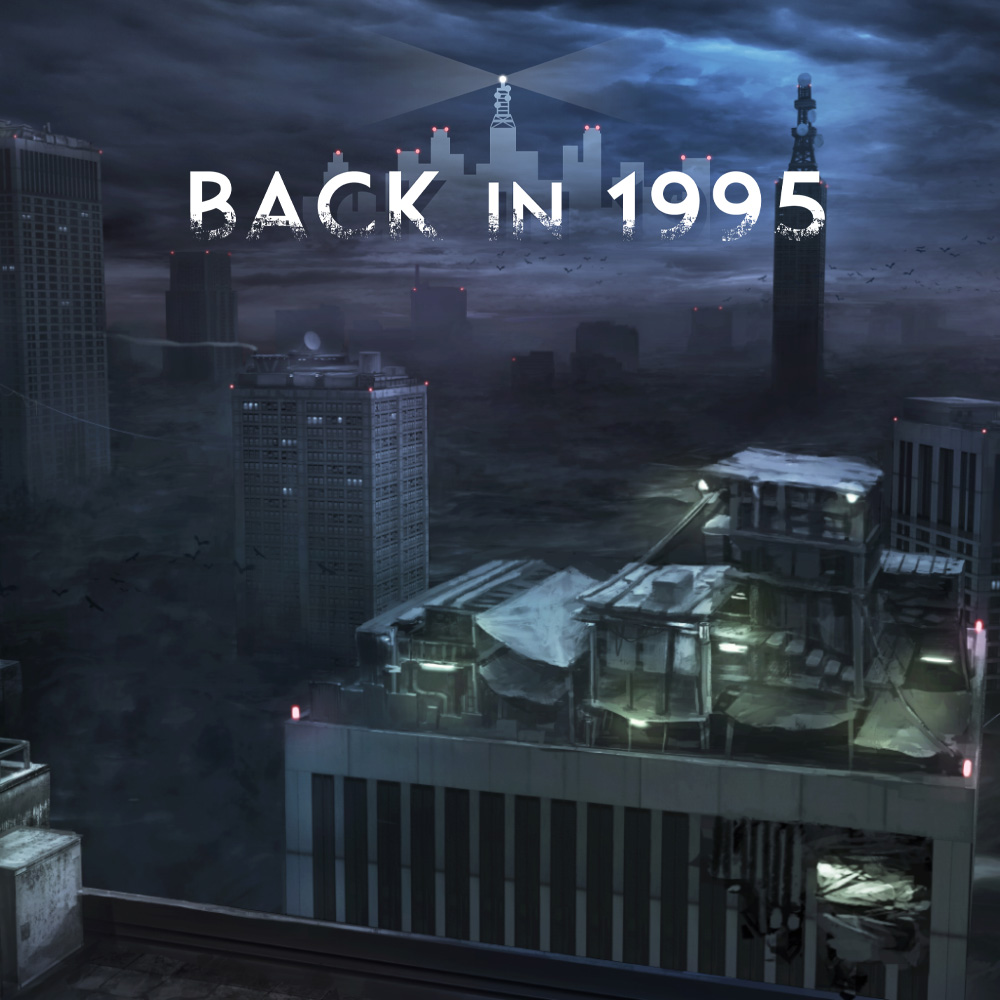 What the Developers say

A throwback to the survival horror and mystery games of the mid-90s 32-bit generation, Back in 1995 faithfully re-creates everything from this all-but-forgotten era of games.

Be transported to a world both concrete and indistinct, where you must uncover the mystery surrounding the disappearance of your daughter, the catastrophe that shook the city, and why you’ve decided to finally return.

Relive the mystery game genre with an old-school user interface and tank controls.

Explore a sparse cityscape in the year 1995, littered with clues about the past.

Interact with a cast of damaged characters whose intentions you can never truly know.

Uncover the mystery of yourself, your daughter, and what happened to the city.

When I was 14, my mum bought me something to help me pass the time, keep me happy and above all, safe. I received my first PlayStation 1, and I loved it, still love it now in fact. I dread to think of how many hours of my youth were sat in front of the PS1.

Back in 1995 has been created to conjure those old feelings of nostalgia for the early PlayStation 1 era, but just because a game has the low poly graphics and droning music to remind us of those good ol’ days, does this make this game worthy of a purchase?

So first off, let’s take the cat out of the bag, This game is made to look old like it was released 24 years ago, and yeah, that makes me feel ancient, I would have been 12 then.

The graphics are very basic and are reminiscent of the period in which the game is based, games such as Alone in the Dark comes to my mind. There are only five types of monsters throughout this whole game, and the design for these creatures is mind-boggling. The very first organism you happen to run into is a big floating poo with arms, seriously! As for some of the others, I don’t think I can say what I think they look like.

One thing that is a horrible let down in the game is the warping textures on walls and floors in many parts. You will find as you walk throughout the buildings, square tiles twist across the floor, and wall textures will stretch giving the player an uneasy feeling of nausea as the graphics contract with each step of the player.

The game makes use of a lot of silence, giving the immense impression of loneliness for your character, Kent. There is minor use of ambient sounds like the wind will blow while exploring rooftops of buildings. Dark, booming tones are used the first time you encounter certain monsters, and mysterious tones will echo as you talk to the few strange survivors you happen across. There are small portions of voice acting used in the cut scenes which are just as stiff as the voice acting in the original Resident Evil.

Sound effects throughout the game are sometimes questionable. The pitter patter of our protagonist’s footsteps become somewhat endearing after a while, and all menu sounds are a stark reminder of those old skool gamer days. Monsters cries will, however, make you scratch your head. Most of the little hellspawn will give you a little ruckus before they attack, and this can be a weak “Rawr” or even a cute sounding “Squeak”, and if you should decide blow these blighters away with a gun, you are treated to the sound of a pistol firing under water.

For a game that is supposed to be survival horror, I do fail to see the horror. You control the protagonist, Kent, using tank controls, which is most definitely the best option for this style of gameplay as the camera angles flip across the rooms and follows your every movement. It doesn’t take very long to get used to, especially as there is no ability to run in this game.

Enemies are slow and clumsy and can be easily walked around rather than engaged in combat. There is a vast amount of health and ammo pickups throughout the game, but most enemies can be killed with the pipe wrench. I only used the shotgun for the big hulking mass of chewing gum, and if memory serves correct, I only came across 3 of them.

Most puzzles are merely finding a hidden code to unlock a door or locating a key hidden in an obscure place, and besides maybe overlooking a piece of information, the whole thing is straightforward to solve, and you would possibly take 2 hours at most to fully complete this game.

The whole game feels more like an experiment rather than a fun experience to play. I can honestly not say whether the warping textures were something that was done on purpose or if it was just a glitch that was never fixed. It was more of a challenge not to vomit while strolling across the office rooms rather than slaying any floaters you come across.

Regardless of the whole mystery having a slightly interesting conclusion, this is a very easy game to complete with very little challenge.

But, as the creator Takaaki Ichijo has stated, this game is made to revoke the nostalgia of playing a “lo-fi aesthetic” game back in the mid-90s, and I do believe that he has succeeded with that. If you love the old survival Horrors of the past and have fond memories of the PlayStation era, then you may find this a fun little experience.

You can purchase Back in 1995 from the PlayStation Store at the following link, https://store.playstation.com/en-gb/product/EP0896-CUSA14070_00-BUNDLEBACKIN1995

See all posts by Vicky Cole

If you like what we do at Rapid Reviews UK. Why not help us out by buying us a coffee?

Going to end the weekend with another one of these

@ridicrichbyalana Cannot wait to tuck into these l

Thank you all so much for my birthday wishes yeste

Our latest tech Rapid Review is now live. Read our

Head over to our site to read our Rapid Review of

Huge giveaway incoming! We have over £1000 worth

Head over to Rapid Reviews UK to read my review of

Here's my 6 year old loving life on the @loft25gam

Here's my unboxing of the new #segamegadrivemini

My review of the gorgeous beast that is the @acer

Take a read of our #gearsofwar5 review over at Rap

Have a great weekend. Thanks to @loft25gaming this

Treated myself to this @igfestuk today! @8bitdo

Time to fuel up at #insomnia65🔥🔮 @gfuelenerg